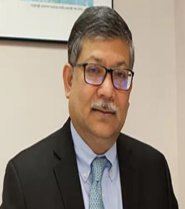 Prior to takeover as the Foreign Secretary Ambassador Masud was Bangladesh Ambassador and Permanent Representative to the United Nations (2015-19) in New York, Bangladesh Ambassador to Japan (2012-15), Ambassador to Italy & Permanent Representative to FAO, WFP and IFAD (2008-12). In the early stint of career Mr. Masud served as the First Secretary at the Permanent Mission of Bangladesh to the UN in New York (1992-96) and Counsellor in Bangladesh High Commission in Islamabad (1996-98), Director, SAARC Secretariat- Kathmandu (2001-04) and Deputy High Commissioner in New Delhi (2004-06).

Ambassador Masud obtained Master’s degree in International Relations from the Fletcher School of Law and Diplomacy, Tufts University, Boston, USA with distinction GPA 4.0. He received Robert B. Stewart Prize for All Round Excellence at the Tufts University. He did his Bachelor’s with Honours and Master’s in Economics from Dhaka University. He stood ‘First Class First’ in both Bachelor’s and Master’s degrees from his Alma Mater. He did Higher Secondary Certificate from Dhaka College and Secondary School Certificate from the University Laboratory School, Dhaka.

Ambassador Masud was born in Dhaka on 6 December 1963. He is married and blessed with two children.